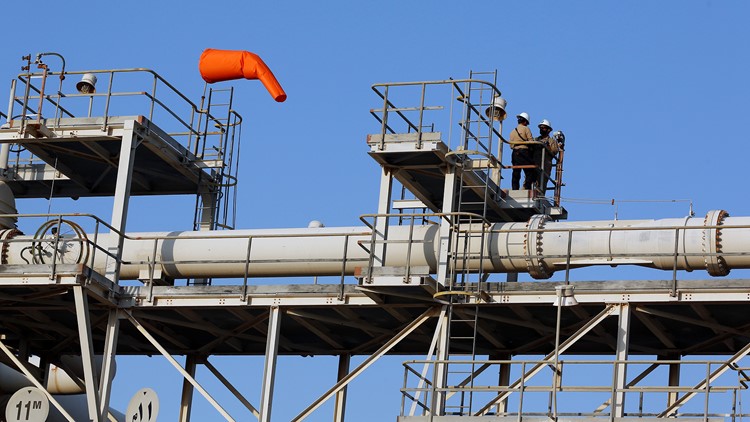 Photo by: AP
FILE - In this Friday, Sept. 20, 2019 file photo, workers seen in Aramco's oil separator at processing facility in Abqaiq, near Dammam in the Kingdom's Eastern Province. Saudi Arabia's state-owned oil company Aramco on Thursday, Dec. 5, 2019, set a share price for its IPO — expected to be the biggest ever — that puts the value of the company at $1.7 trillion, more than Apple or Microsoft. (AP Photo/Amr Nabil, File)

Aramco started trading on the Saudi Tadawul stock exchange for the first time after a mammoth $25.6 billion initial public offering that set the record as the biggest ever in history.

To put it in perspective, that amount is nearly twice the U.S. federal deficit.