Seven fire agencies responded after the fire broke out in the home on Sunburst Drive, north of Caldwell and adjacent to Interstate 84.

A Middleton Fire Department spokesman told KTVB that at least five people inside the home made it out safely and no injuries were reported.

Dep. Chief Victor Islas said there were no fire hydrants in the area, which created a challenge for crews battling the flames.

"We are in a rural part of our district, and that is one of the issues we run into a lot, when you're not in a city that has a water hydrant system," Islas said. "So we do rely on mutual aid partners to bring water tenders along with our own established water tenders that we have."

Mobile home a total loss after fire in Caldwell 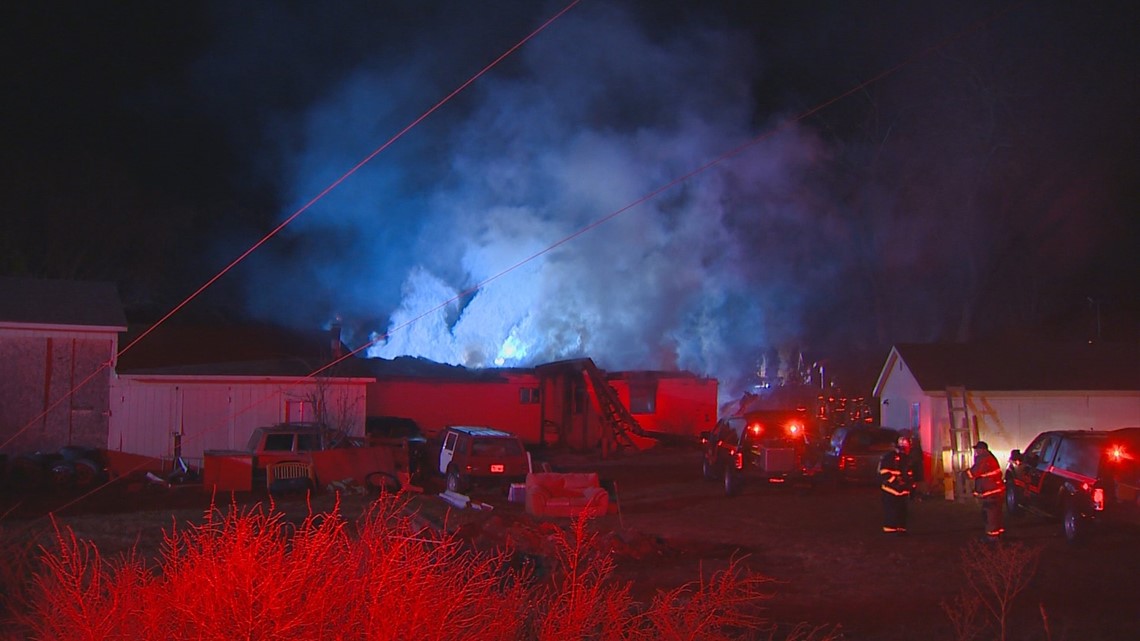 Firefighters expected to be on scene throughout the night to make sure the fire is out.

The cause of the fire is still under investigation.