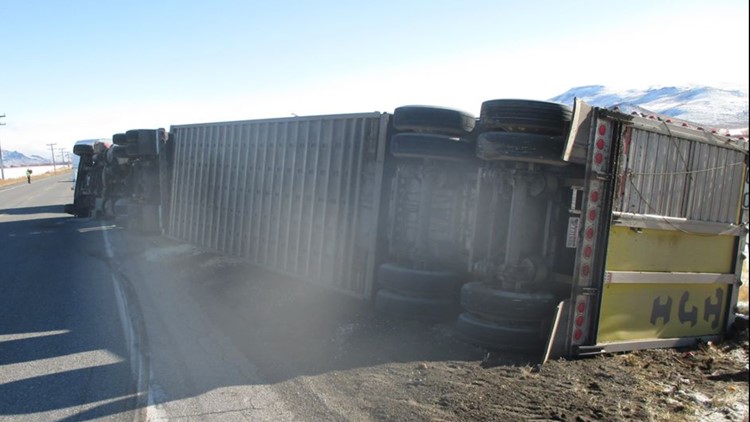 BLAINE COUNTY, Idaho — More than a dozen cattle died when a semi-truck hauling livestock crashed and flipped on a road in southern Blaine County Monday afternoon.

According to the Blaine County Sheriff’s Office, deputies responded to a crash at the intersection of U.S. Highway 20 and Gannett Road at 12:40 p.m.

Investigators say that 31-year-old Juan C. Deleon Alvarado of Idaho Falls was southbound on Gannett Road in a 2002 Kenworth semi-truck tractor with a TSI livestock trailer and failed to stop at the intersection with Highway 20.

The truck skidded through the turn and tipped over.

Deleon Alvarado was wearing a seatbelt and was not injured in the crash.