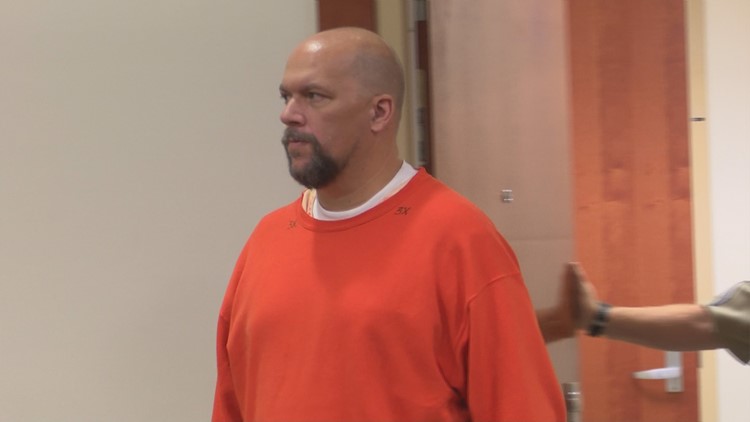 BOISE, Idaho — A Boise man who ran a church out of his home has pleaded guilty to molesting a teenage girl whose parents had asked him to help her with her anxiety.

Bret Welty, 48, admitted to sexual abuse of a minor Dec. 4 as part of a plea deal in which prosecutors dropped a charge of lewd conduct with a child.

Welty was the pastor of the now-defunct Hard Rock Revival Church, which was attended by both the 15-year-old victim and her parents. Prosecutor Erin Pittenger said in court the sexual abuse happened Aug. 9, after the girl's parents had sent their daughter to stay at Welty's home for the weekend.

"The reason for having the victim stay with the defendant and his family is that she was suffering from some anxiety issues, and her family believed that a weekend with the pastor and his family would help," Pittenger said.

According to prosecutors, the teen was in a bedroom when Welty walked into the room, refused to leave, and had the girl undress under the guise of giving her a massage. Pittenger said Welty touched the girl sexually for between 30 minutes and an hour, only stopping when his wife knocked on the bedroom door, interrupting the assault.

Welty later admitted to abusing the girl during a recorded phone call, and told her not to tell anyone about what had happened.

Welty's wife filed for divorce the month after his arrest. At his plea hearing, Welty told the judge he had decided "early on" to admit guilt in the case.

Under the plea agreement, prosecutors will ask for a 15-year prison sentence, with three years before Welty could be eligible for parole. The judge ordered him to undergo a psychosexual evaluation before his Feb. 11 sentencing.

If evaluators determine Welty is a low risk to re-offend, prosecutors will consider recommending the rider program, which could drastically reduce Welty's time behind bars.

The defendant's attorney, Jeffrey Smith, asked the judge to reduce Welty's bond, noting that his client had been held in the Ada County Jail on a $250,000 bond since his arrest in August.

Smith asked for the bond to be dropped to $20,000 or $25,000 instead, arguing that release from jail would enable Welty to care for his mother after a major surgery and get back to his work of scheduling and performing music.

His lawyer said those shows would either be held locally "or within a couple hundred miles of Boise," and that Welty would not leave the state unless given permission by the court.

Smith also pointed to Welty's volunteer work, which included leading youth groups, coaching children's sports teams, and teaching music at both middle and high schools "to thousands of students during his time here in Boise."

Since his arrest, Welty has also started a Bible study for other inmates in the Ada County Jail, his lawyer said.

In his argument for the bond reduction, Smith described Welty's sexual abuse of the 15-year-old as "a one-time occasion," and asked Judge Deborah Bail to take into consideration that Welty has a very minimal criminal history.

The judge rejected the motion to lower Welty's bond, telling him she was concerned about his access to minors.

"He appears to me to have quite a lot of access to children, with a position that would make parents likely to drop their guard, because one would expect that a person in that role would be a safe person for one's child to be around," she said.

Bail added that she wanted to see the results of Welty's psychosexual evaluation before she would weigh in on whether he could be safely out of custody, and reminded him again that he had just admitted to a significant crime.

"It's a serious invasion of a person's personal space and an extraordinary breach of trust," she said. "I'm not changing anything until I know what's going on."